Cell Tower Valuation Q and A

Everyone wants the highest cell tower lease rates possible, but, you can’t be too greedy. Everyone tries to get the most out of their leases, but the reality is that it’s not always possible. Sometimes, the contracts aren’t as you hoped for and that includes the valuations. Landowners don’t always think about getting less because they believe their land is worth more. However, you have to approach this with a smart mind and get to know a few things as well. Here are a few questions and answers about cell tower values that might come in handy for you.

How Can I Be Sure the Leasing Company Isn’t Installing More Equipment that’s not covered in the Lease?

Unless you are the one to go up and inspect the cell tower and what’s up there, you don’t know how the company is using the leased land. However, you have to go by the terms of the agreement, but if you do find out that there were any breaks in the contract, you have every right to take action against the cell tower. Again, it’s best to talk to the company first (actually, get proof of the breach of contract before speaking to the company) and see if they’re willing to offer a higher value for the breach. If not, you could take them to court, but hopefully they’ll adjust the cell tower lease rates. 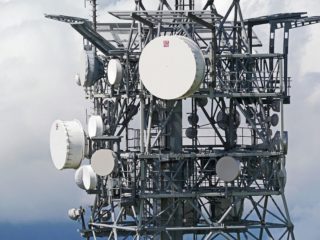 Why Have I Received An Offer Less Than Last Year?

Last year rates can be very different from this years, but why is that when the land hasn’t changed? Well, cell tower lease rates can vary depending on the demand for coverage as well as the supply of local cell sites. Now, if there are many other sites available and the cell tower companies have taken a loss, they might offer less. Of course, some companies generally start with a lower offer, but putting that to one side, you may not get an increased offer. It can vary considerably depending on supply and demand.

Can I Ask For More Money Half-Way During The Lease?

A lot of people sign an agreement and contract for the valuation of their land and believe they’re getting fair money. However, less than six months later, the property owner finds out that someone they know is getting more money for the use of their site; they want to change it, but it’s not a smart idea. When you suddenly try to change the terms or conditions of the agreement, you’re attempting to break the contract and it won’t go in your favor. When you’ve agreed to the cell tower lease rates, and have signed a contract, you may have to pay the company monies to prevent the company taking you to court for breach of agreement. Also, if you do go to court and the lease is broken, you’ll probably have to pay their costs since you’re the one asking for more. Nine times out of ten, the company won’t be interested negotiating when the contracts have been signed. For more information visit this link: Selecting Cell Tower Locations